Hello. My name is Dinah Sanders. I’ve been blogging for over twenty years. I identify as a nerd or geek generally, make and play games, and enjoy learning and sharing.

Surprised & disappointed by lack of info on @bbcnews & @cnn on the horrific beating of Ukrainian Svyatoslav Sheremet http://www.allout.org/ukraine

RT @danielpunkass: A perfectly melded appreciation of Maurice Sendak and Adam Yauch, from @dansinker. Too short, must read: http://sinker.tumblr.com/post/22693690710/where-the-wild-things-were

After seeing the news of North Carolina's ban on same sex marriage, my thoughts again return to the questions that came to me when California's ban was voted in: Why is government even in the marriage business? What benefit does it bring government to control it instead of it being an individual contract? And, in the face of all these budget issues, is managing marriage really of value to government?

I asked those questions on Twitter and had a lively chat with @striatic and @alanstorm (which had the background flavor of making me happy about the internet and the kind of conversations it can enable).

@striatic said that yes, managing marriage is of value. "Unless you want ceaseless advertisments for 'marriage brokers' and all the inherent overhead dragging on the economy. And then you'd need to regulate these contracts anyway to sync them with government offered benefits."

Still not sure I see the first half of that argument—are other common contractual agreements really prone to over-advertising and, even if annoying, would that actually drag the economy?—but I do see the point that if the government is offering benefits, the management of verifying the required status is something the government is interested in.

Well, that sent me off immediately for the numbers. According to a Pew Research Center study from last year (as reported by ABC), 72% of U.S. adults have been married at least once, though only 51% are married now. That figure is down dramatically since 1960, when the numbers were 72% and 85% respectively.

Finding numbers on how many U.S. adults have entered into a contractual agreement other than marriage (such as incorporating a business) at some point in their lives was not so easy to find. While I accept @striatic's point that marriage is a significant agreement which the majority of adults still participate in, I am holding out for data on whether it's actually exceptional over other comparably complex legal experiences.

At this point @alanstorm joined in, "Government involvement helps create a standard of fairness for the individuals getting married and enforcement of rights."

To which I replied, "Ok. Standard of fairness with regard to which rights? Tax law? But that would need to change to if gov got out of marriage biz."

Domestic partners face the latter (hospitals ignoring spousal rights) often enough. Seems the former (unfair marriage contracts) has old roots in expectation of female financial dependence, though. A lot of old assumptions (e.g., taxes re: shared home ownership/parenthood are linked with married status) would need re-examination were the government to 'get out of the marriage business'.

@alanstorm said, "It's complicated for sure, Wikipedia has a list of the sorts of things I was thinking about: Rights and responsibilities of marriages in the United States. There's a huge legal support system for married people that gay couples deserve access to. That's what government recognition [is] for."

@alanstorm said, "Because marriage is complicated, and irrespective of strides in women's rights, one partner often becomes dependent on another. And government (despite its reputation in entertainment politics) is here to help us when things don't go as planned." @striatic said, "Married people want those special rights and responsibilities, which makes it in the government's interest. That's 100% fine if the special 'rights and responsibilities' are not 'advantages', and are accesible equally to all."

@striatic rightly pointed out that "governments have goals other than self administration, established by their constituencies .. governments aren't businesses." But I can counter back, "What other goals is it serving for government to offer special rights/responsibilities to married people?"

He said, "altogether nuking marriage is a solution looking for a problem. The problem isn't marriage, but who isn't allowed it."

I'm not proposing nuking marriage. I'm just questioning which aspects of it should be managed by government.

@alanstorm concluded whimsically, "Fiscal argument? Because we pay taxes and deserve it! (I'm glad we managed to resolve 200+ years of policy in one twitter night.)"

But I'm not satisfied there, either: "Well, except that taxes are biased toward the married, which for unmarried committed couples (by choice or exclusion) ain't great."

And can I just say, '140 character limit means you never have serious conversations', my lily white ass! 🙂

Here’s a good petition: Tell BART to fight for American jobs & get a better deal for taxpayers = win-win #bart4america

RT @fourbarrel: Four Barrel is not the 1%. In fact, we only serve whole milk.

RT @jameshome: If the front line of your war on capitalism is Valencia Street, I don’t want to be part of your revolution. #1MGS 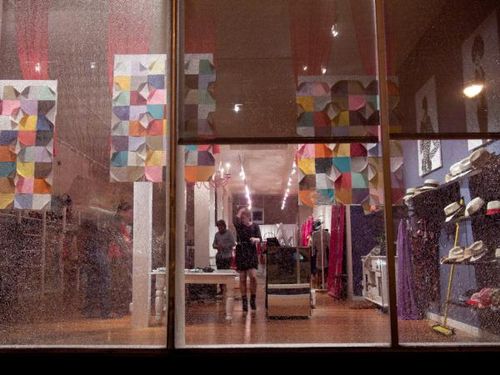 RT @mulegirl I’m really pissed at the jackoffs who attacked galleries and small shops in the Mission last night. No sense. Feel for the owners & workers.