[At the graduation party at Curry Creek picnic & swimming pool each year we would all get recognized for our distinctive traits, usually with a fair bit of gentle teasing involved.

[I don't know what year this was from.] 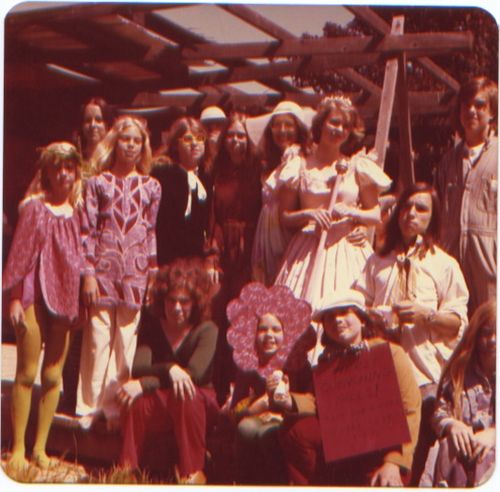 Me front & center, youngest in cast, I think.

Can't remember who that is on the left behind Anna & Laurel, the Scholar in the middle (feel I should know that one), or who played the Mechanic (Dan Wilson's older brother, a little voice in the back of my head says, but could be dead wrong) or the Flock of Birds on the right.

Wait, I think that's Sybil Lockhart as The Scholar and Alice Lockhart in the tiara as the character I totally forget.

No, I'm wrong, now I think that's Sara Weinstein in the tiara. 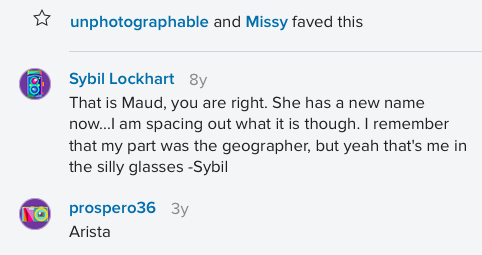 We are roses from the garden, here to introduce the play…

Love that costume my Mum made, eh?

Over 3 decades and I still remember the start of our big line.

That's my friend Wendy Scripps on the right. Lost touch with her later when she grew up a lot faster than I was ready to keep pace with.

One of the "big kids" I really liked.

My school was kindergarten through 12 grade and there were never more than 80 students total. I went to those 6 acres of learning for all but my senior year of high school.

Mike was my best pal Rick's big brother. Dov was, as I recall, one of the kids I liked. Steve drowned tragically before graduating.

[Is that my mum in the background?]

awww, The Little Prince & The Fox 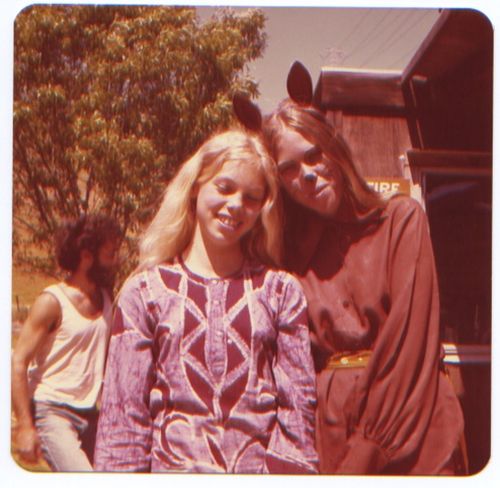 [This is just a wild guess as to what month and year this happened, made as I post these to the blog in 2014.]

Yes, I was truly blessed with a magical upbringing. This is me, at school, with my first teacher, Sallie Rhyne, mudsliding. An official, school-sanctioned activity.

I made that sweatshirt myself and yes, there is an H, it's just a bit off center & hidden by the fold. The animal below my name is a rat, maybe Banana Bingo or Bianca Bonkers. The pants, prior to mud, were, I believe, purple wide-wale corduroys 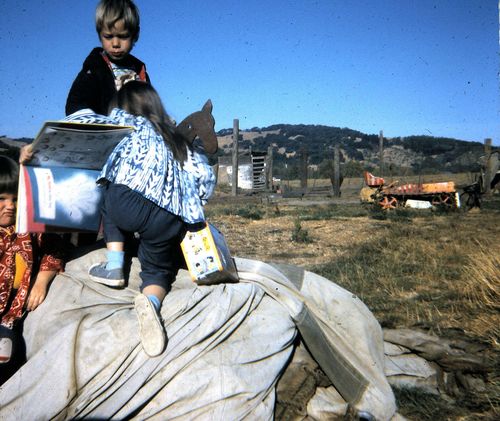 [And I'm 90% sure that's my great childhood pal Rick, who, in addition to also going to Pinel, lived a block away.]